Type in words or a phrase and click 'Search' 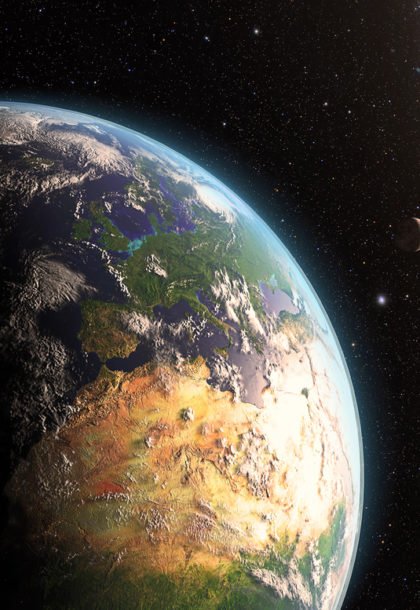 In the end,
our society will be defined
not only by what we create,
but by what we refuse to destroy.

If you haven’t seen the movie Beatriz at Dinner it is worth your time.

It will put you in an imaginary intersectional space.  In a space where the yawning gap that is swallowing up our world is morphed into intimate space where people connect. There in that imaginary space some who benefit the most from the concentrated wealth of the global economy and one whose back that wealth has been built on have dinner together. The humanity is startling. There is an awkward integrity to the connection and confrontation. And it opens something up that the world so needs right now to have any chance to heal.

I don’t want to spoil the movie for anyone, so I won’t talk about details. Suffice it to say there are many visceral moments that involve the spectator in reflecting on our selves, our social position, our shadows, and our deepest love.

It left me with a question: What is the most faithful way to dispose of ourselves given the peril of our planet these days? By dispose I don’t mean throw away. I mean dispose in terms of how we comport ourselves, what dispositions we habituate in ourselves. If the earth is headed toward being uninhabitable for human beings, what’s the best way for human beings to abide in this waning era of our home here?

As a Christian, hope is supposed to be the way I frame my future aspirations and visions.  But, such a mandate seems a trite way to live in the now, given where our planet is headed. I am hopeful in an ultimate sense because I believe Divine Mystery is a magnificent composter. Nothing is wasted in God’s creation—even our self-destruction will not be wasted in that ultimate transcendent calculus of the multiverse.

But, such an understanding of cosmic symmetry does not speak into the moral crisis of our time with any substantive direction about how we live together as humans in universal hospice care. What is the ontological status of humanity in such conditions? What are the ethical contours of people together on a sinking ship?

My question is about the “fierce urgency of now”  that Dr. King called our country to in 1963. I was born six years after Dr. King’s words rang out in Washington D.C.  The over fifty years since has been a fitful dance in American culture around the dire needs that Dr. King felt in his bones.  And now that fierce urgency seems to have arrived with raw clarity.  The extremities of our neglect and denial have come home to roost.  And the wages of our sins are ugly and shameful.  They are bewildering even as they are galvanizing.  Who are we called to be in these fiercely urgent times?

My children’s generation feels called to that fierce urgency. They hold our collective anxiety, they undulate between the numbing distraction of screens and the overloaded sensation of festering tensions and “times up” mentalities.  In ways unique and particular to the intersections of identity, this generation coming of age is at turns sobered and stoned by the harsh realities of guns, poverty, white supremacy, sexual violence, homophobia, xenophobia, and primal mean spiritedness.

I see people in older generations grasping at old strategies for change: new leadership in Washington, taking sides in partisan politics, treating the symptoms, resolving to being kind in all circumstances, writing checks to fund movements, and desperately trying to signal their moral high ground with t-shirts, bumper stickers, and signs. And I hear the social commentary on the loss of civil discourse and the shaming of people like Maxine Waters for saying the time for being polite has passed. It struck me in the movie how white supremacy was bundled with rudeness and being able to get away with it. Being able to be rude, to insult women and people of color and “the help,” comes with the privilege of monetary success. And those who surround the ones on the top normalize the behavior by mimicking it and placating the aggressor to assure their favored place in the pecking order.

But when a person of color lashes out, speaks truth, shows emotion, they are immediately chastised and cast out, shamed for being so rude.  This is happening on a national scale, just like it did in the movie. The people of color and/or women who reject the in-group role and/or those whose identity interrupts binaries and social convention are pathologized.  And white supremacy closes ranks and its carriers circle up to assure each other that they are good people, and that the person who has made them feel bad about themselves is crazy, is unacceptable, is the problem.

Which brings me back to my question: how are people of faith called to dispose of ourselves in this waning world?  Expecting those who are carrying the bone breaking weight of conspicuous consumption, power abuse, economic injustice, patriarchy, and white supremacy to “be nice” is a hostile and coarse expectation at the very least.  A less generous conclusion is that such an expectation is violent and obscene.  It is, given what’s a stake, the dismissal of a person’s humanity to try and steal their righteous anger around their real and unrecoverable loss because that anger makes you feel uncomfortable.

Which brings me to the conclusion that its time for those who are the most comfortable in the current world order to have to sit with the sharp edges of the pain of those who are suffering the most in our contemporary moment. That means sitting with tension and anger and tears and unresolved feelings. That means looking at unhealed brokenness and at one’s own culpability. That means respecting a person’s humanity enough to stay in the conversation when your feelings are hurt, and being grateful that they care about you enough to tell you the truth. That’s the only way to cultivate a mutual regard, an equitable moral status in our contemporary human family.  Otherwise we’ve destroyed the one thing we can actually share as the future unfolds—our capacity to weep together for what we’ve lost.